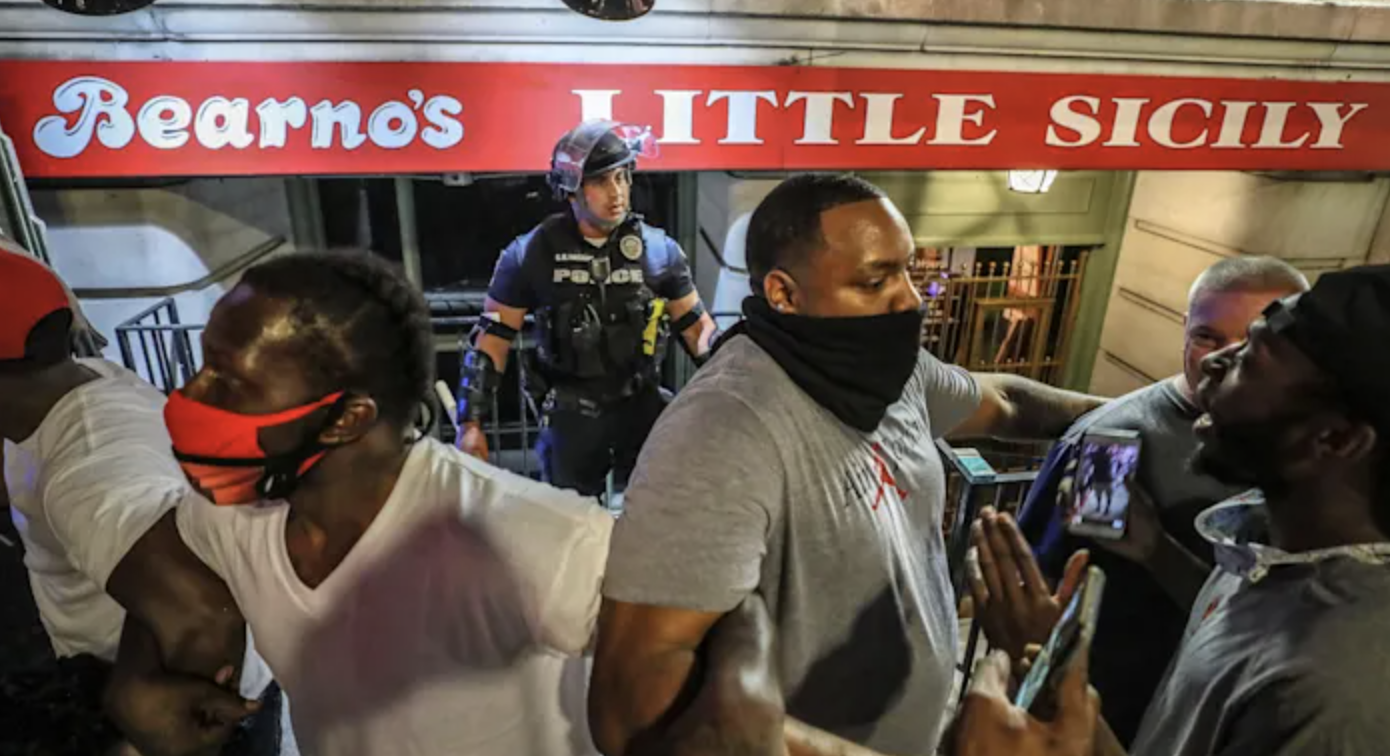 Protestors protect a lone cop in in Louisville, KY

Amid a heated protest for racial justice in Louisville, police officer Galen Hinshaw found himself surrounded by a group of angry protestors; he was alone. Though Hinshaw tried reassuring them that he was not there to cause harm, the protestors proceeded to close in on him. Just as he began to worry for his life, a protestor decided to link arms with another and protect Hinshaw from the advancing crowd. “I really thought at that moment, ‘Protect him. It really isn’t his fault.'” said Darren Lee Jr., Louisville entrepreneur who guarded Hinshaw. To Hinshaw’s surprise, more protestors stood up to protect him too. “It was a moment where strangers came together to help another stranger, and that stranger was me,” said Hinshaw.