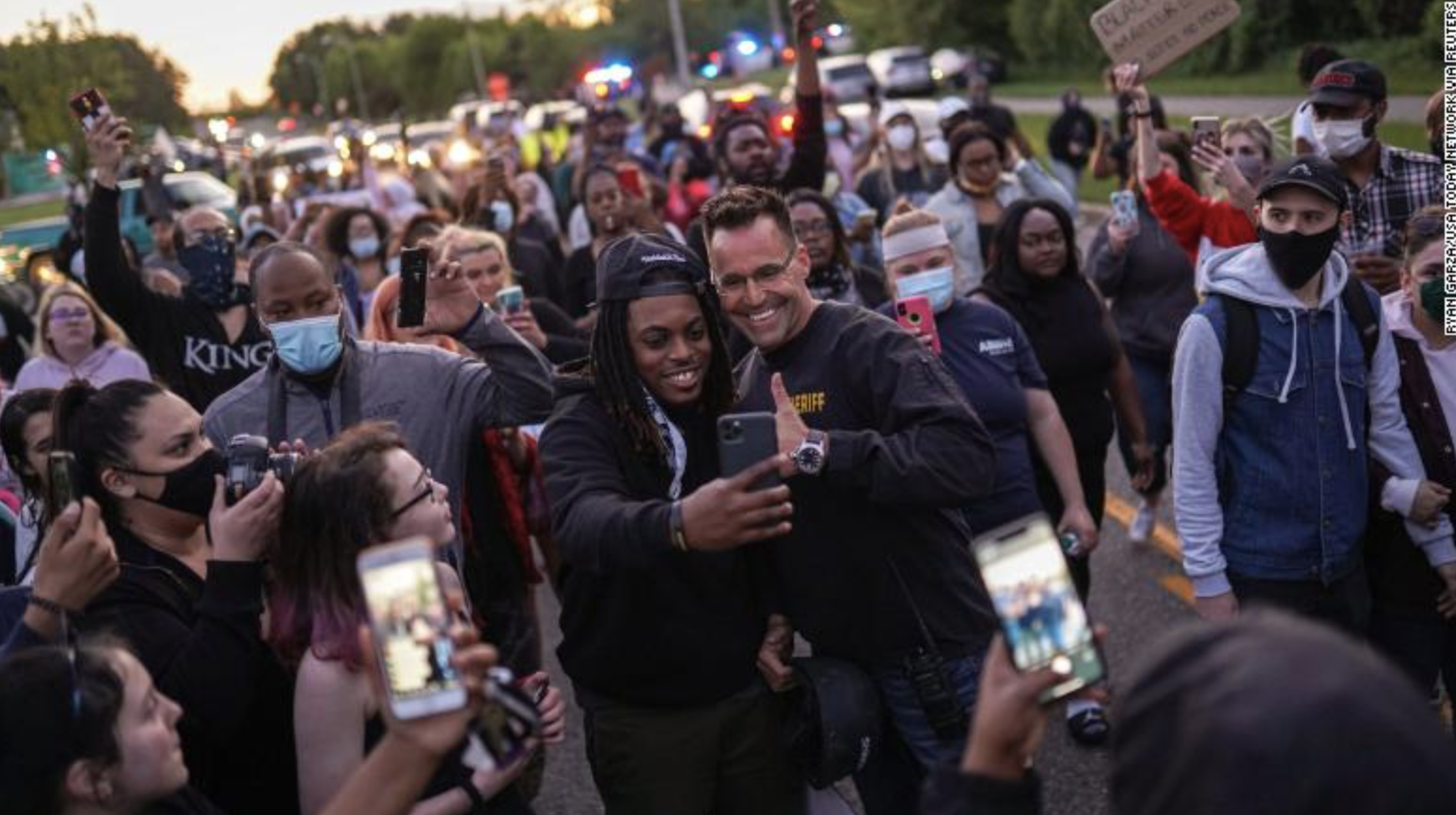 Unlike many police officers around the country, Michigan sheriff Chris Swanson was appreciated by the Flint community for his participation in the racial justice protests in Flint Township. He smiled and high-fived the protestors, who were met by police officers in riot gear, and marched in solidarity for racial equality and against police violence. “The only reason we’re here is to make sure that you got a voice — that’s it,” said Swanson in a video.

Protestors protect a lone cop in in Louisville, KY
Seventy-five neighbors walk with black man who was afraid to walk alone