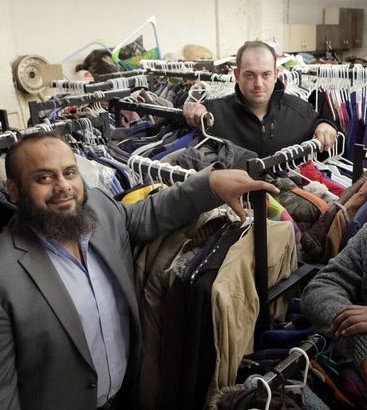 Adil Imdad and Dzemal Bijedic, two St. Louis police chaplains, decided to open a large thrift shop where Syrian refugees as well as others in need can get free staples. Inspired by teachings of Islam, the two men sought to inspire hope in an support the newly-arrived refugees who lost everything. “Anybody can walk in. Hindus, Jews, Christians, Mormons,” said Imdad, whose center flooded with donations, “We want to show them there is hope in America.”