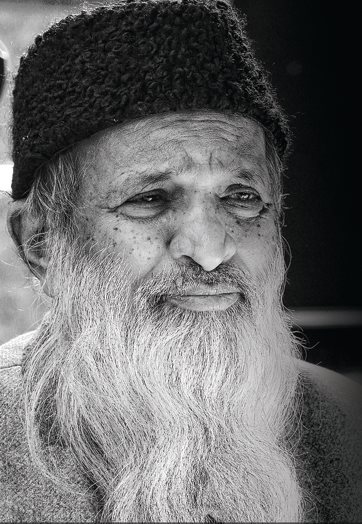 Abdul Sattar Edhi was born in 1928 in western India. Edhi’s first interaction with human suffering occurred at the age of eleven, when his mother was physically paralysed and later suffered from mental illness. Edhi spent his waking hours caring for her. Her worsening health and eventual death left a lasting impact on his life. In 1947, at the age of 19, Mr. Edhi’s family was forced to flee their hometown and relocate to Karachi. Finding himself in a new city without any resources, Edhi resolved to dedicate his life to aiding the poor. Over the last sixty years, he has single handedly changed the face of welfare in Pakistan. Edhi founded the Edhi Foundation, with an initial sum of a mere five thousand rupees. Regarded as a guardian for the poor, Edhi began receiving numerous donations, which allowed him to expand his services. To this day, the Edhi Foundation continues to grow in both size and service, and is currently the largest welfare organization in Pakistan. Since its inception, the Edhi Foundation has rescued over 20,000 abandoned infants, rehabilitated over 50,000 orphans and has trained over 40,000 nurses. It also runs over three hundred and thirty welfare centres in rural and urban Pakistan which operate as food kitchens, rehabilitation homes, shelters for abandoned women and children and clinics for the mentally handicapped.[9] Edhi Foundation runs the world’s largest ambulance service and operates free nursing homes, orphanages, clinics, women’s shelters, and rehab centres for drug addicts and mentally ill individuals. It has run relief operations in Africa, Middle East, the Caucasus region, eastern Europe and US where it provided aid following the New Orleans hurricane of 2005. In November 2011, Edhi was recommended for a Nobel Peace prize by the Pakistani Prime Minister Yousaf Raza Gillani. Abdul Sattar Edhi suffered renal failure as announced on 26 June 2013 at SIUT and needs kidney donation. Source: https://en.wikipedia.org/wiki/Abdul_Sattar_Edhi