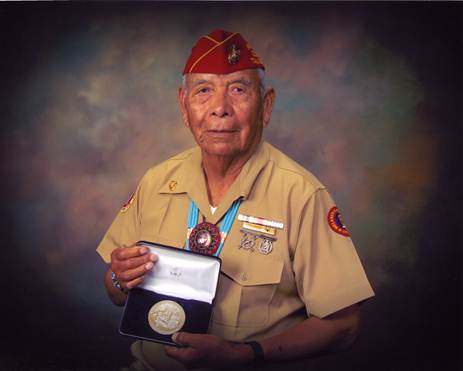 Joe Morris Sr was born in 1926 in Indian Wells, a Navajo Nation village in Arizona. He served as a Marine Code Talker in Pacific during WW2. He was part of the Navajo Code Talkers project – the creation of a code to avoid enemy interception of military messages. The Code he helped creating remained until 1968 the only oral military code to never have been broken by an ennemy. As Joe Morris Sr said in 2004: “My weapon was my language…we saved a lot of lives”.